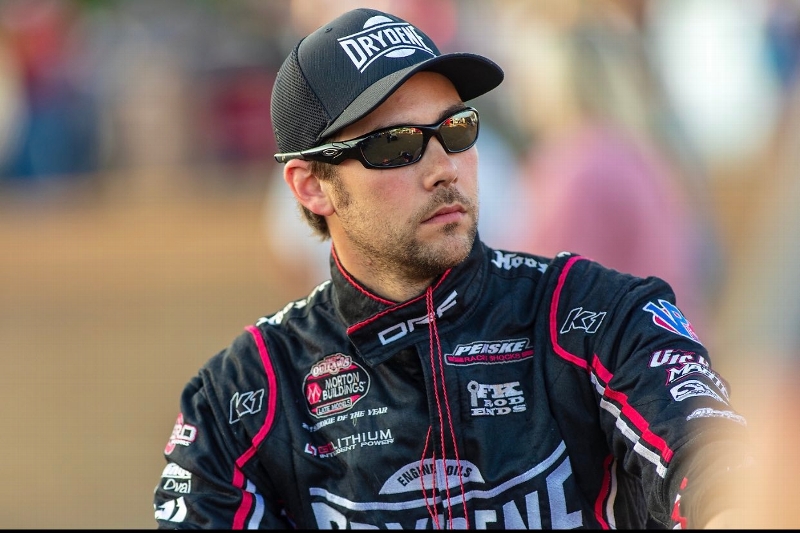 Ricky Weiss, who hails from Headlingley, Manitoba, Canada, has several personal connections to cancer. His initial passion for this fundraiser stems from his grandmother’s fight with ovarian cancer: after beating the disease a few years ago, she once again is battling ovarian cancer. In addition, breast cancer runs in Ricky’s family on his mom’s side. The connection has impacted his racing family as well: the wife of Vic Hill, his engine builder, fought breast cancer several years ago and is now in remission. In addition, his current crew chief Jason Palubicki had stage four Hodgkin’s lymphoma in 2001 and is also now in remission. While being on the road can be one of the most difficult parts of the sport, it has also provided Ricky an opportunity to use the racing program to make a difference in the lives of families like his who battle cancer.

Ricky Weiss Racing worked with Brett Wyatt of Martell Signs in Crossville, TN to develop the design of his car. The black and red No. 7 will have teal accents on the driver side and pink striping on the right side.

Drydene will be matching Ricky’s winnings during the month of October and November, up to $10,000, as Drydene’s donation to support this cause. And as of 10/19/2020, Ricky has hit this total! All proceeds will support the V Foundation for Cancer Research, an organization committed to declaring Victory Over Cancer®.

The research the V Foundation funds is critical. By making a donation you will be supporting carefully vetted, cutting-edge research at prominent cancer centers nationwide. Will you join me in the fight against cancer by donating today?