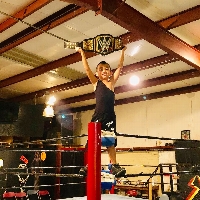 A personal campaign sponsored by Matthew

Why the V Foundation is Important to Me 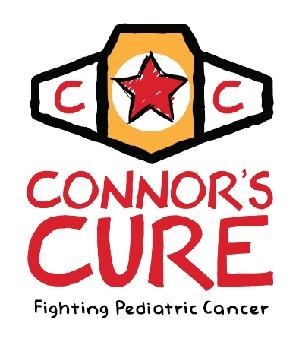 Thank you for visiting our fundraising page. My son Andreas from the age of 5 has become a Wrestling Fanatic.  He is 8 and has created his own smoothie for our menu called THE GIANT SMOOTHIE for our new business T-Town Smoothie Cafe in Tullahoma, TN.  We will be donating 10% of the sales of it each month to Connor's Cure for the Fight Against Pediatric Cancer,

He is also a YouTuber which you can find him on his channel called:  Andreas The Giant.  This is his video talking about his smoothie and giving back: https://youtu.be/9W05iY6rzjU

In April of 2020, we had tickets to attend our first ever WrestleMania 36 back home in Tampa, FL and it all got taken away from the COVID Pandemic.  This would have been a trip of a Lifetime for a Father & Son full of memories.  We came up with the idea to start his own merchandise and his mom started making his shirts at home.  We had planned on him giving the donation check in Tampa, FL for Connors Cure on his behalf.  Yes we were heartbroken but he still managed to raise money and get it donated to Connors Cure as you can see in this video: https://youtu.be/snQSOo-wIMw   Andreas still wants to make a difference in the world, our communities and with children.  Feel free to give him a subscribe and to keep up with his journey on his channel.